Sakai is a Japanese restaurant in London that specializes in authentic and classic Japanese cuisine. They are a dedicated group of people that not only want to bring the original flavor from Japan, but they also want to expand the Japanese culture in Europe.

We have created a whole brand identity from start to finish, covering design collaterals like restaurant menus, napkins, bags, and other branding elements such as advertising design, and copywriting.

Communicating culture was one of the most important aspects of the entire process. The name "Sakai" comes from an unpopular city in Japan, and it is chosen for its easy pronunciation and for its oriental-sounding characteristic.

Art and perfection are the other two core values in Sakai. It is meant to emulate the respectful environment from Japan, as well as its artistic side. In terms of design, we have implemented the Golden Ratio in every key aspect, such as the logo and iconography. 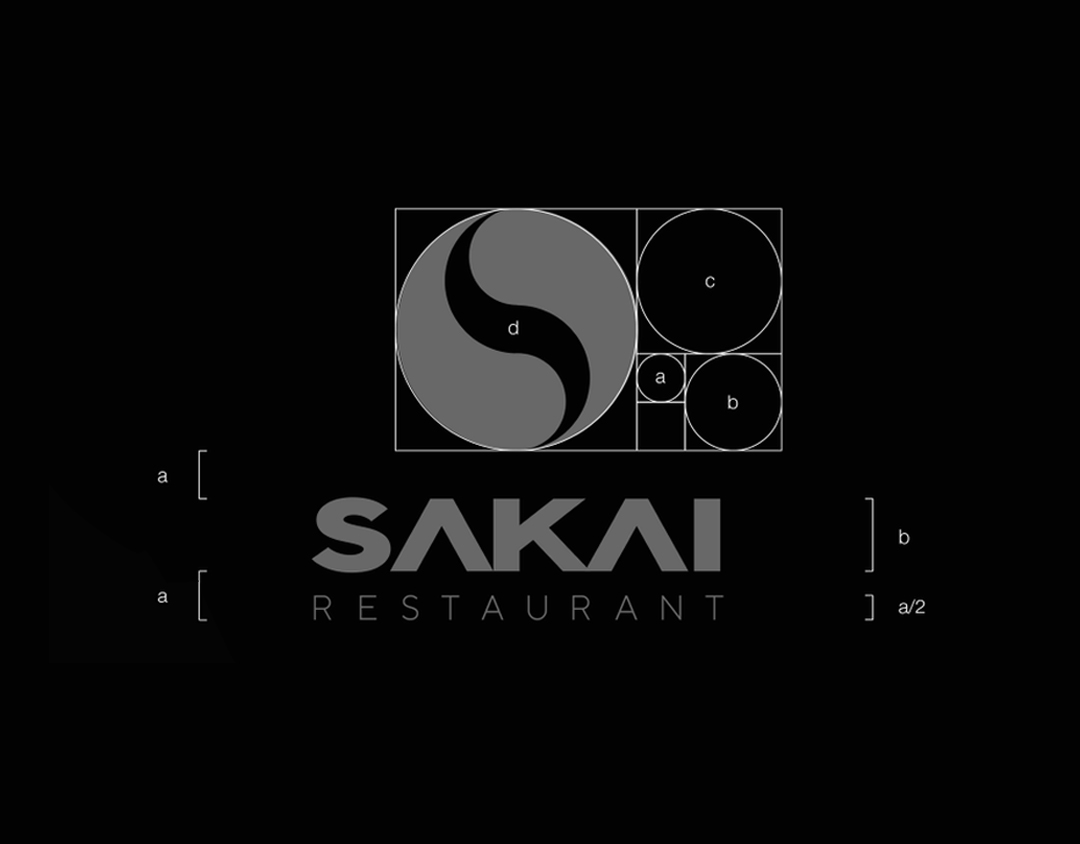 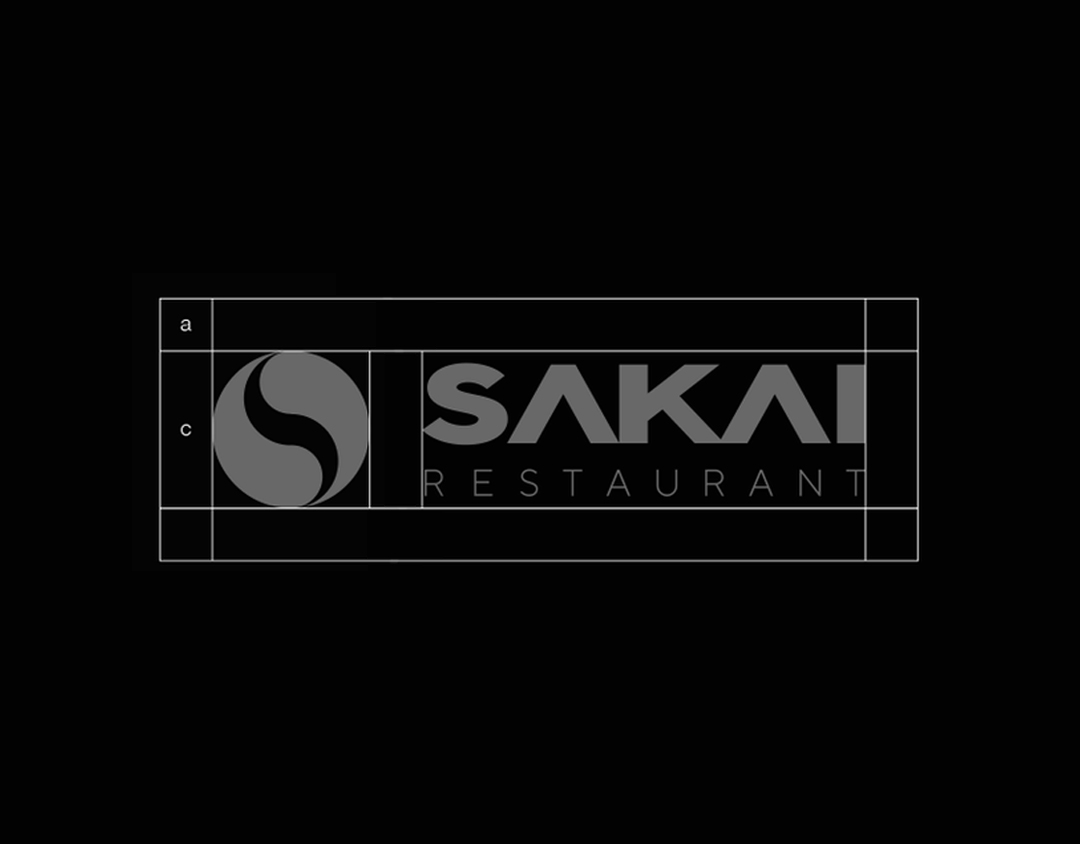 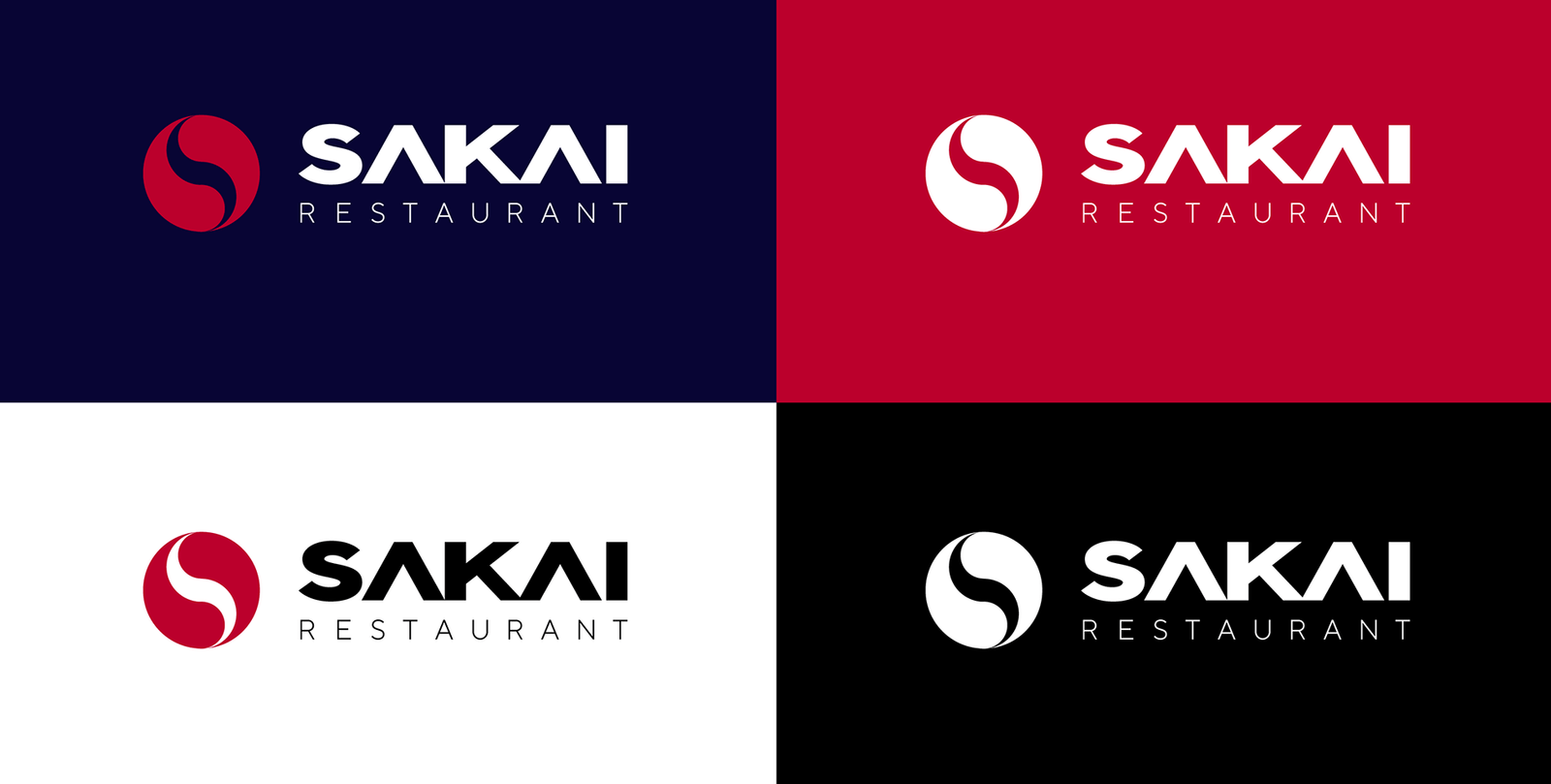 Our logo mark is inspired by the Chinese Yin Yang symbol, as it uses a similar geometrical construction. The result is a call back to the Asian pacific and perfection-based culture.

Sakai's symbol is a simplified representation of two fishes swimming in a clockwise direction, that creates the letter S, the brand's initial. We have dived into the fish concept, and have developed an extended brand version that can be used in more scenarios. 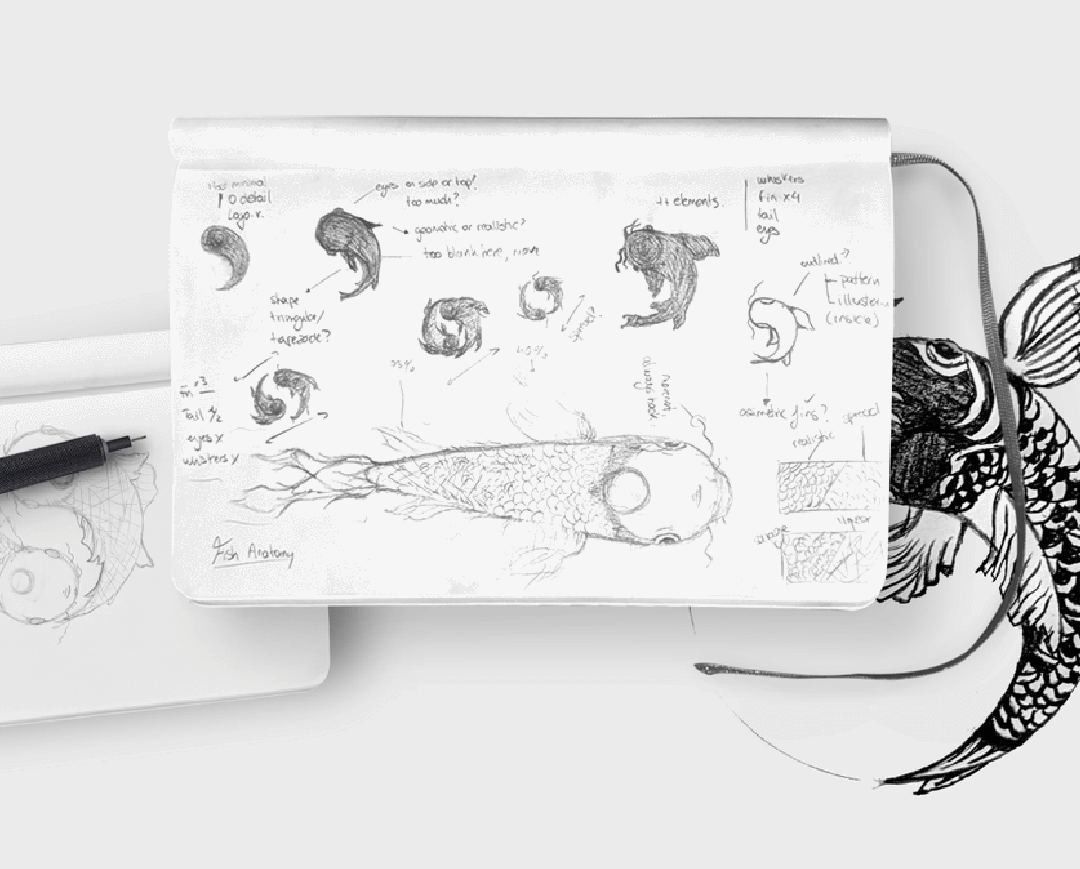 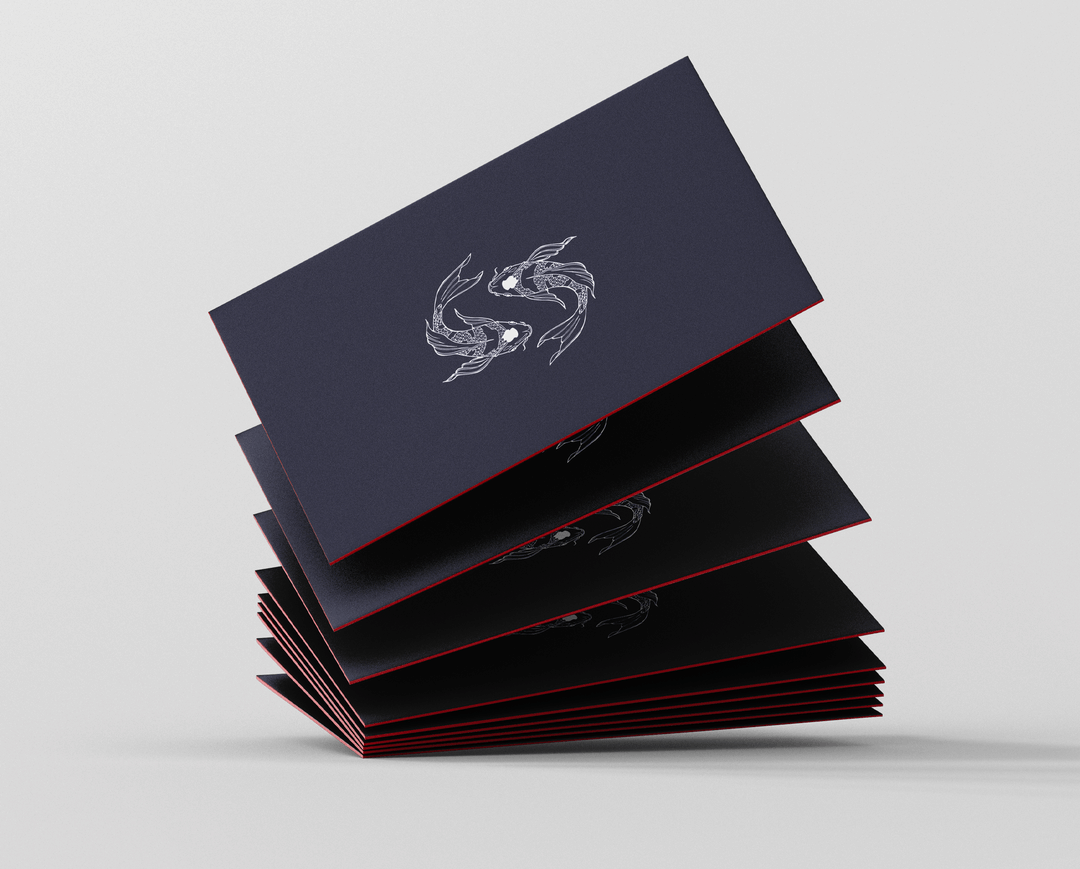 Apart from the simplified version and the artistic version of the logo, we've come up with one that helps customers differentiate the staff (people and restricted areas).

This new version is still recognizable as part of Sakai's identity, but the new concept is strongly related to the meaning behind it. It is an abstract representation of a person raising his hand onto an object, just like a chef who is about to make a move with his knife. 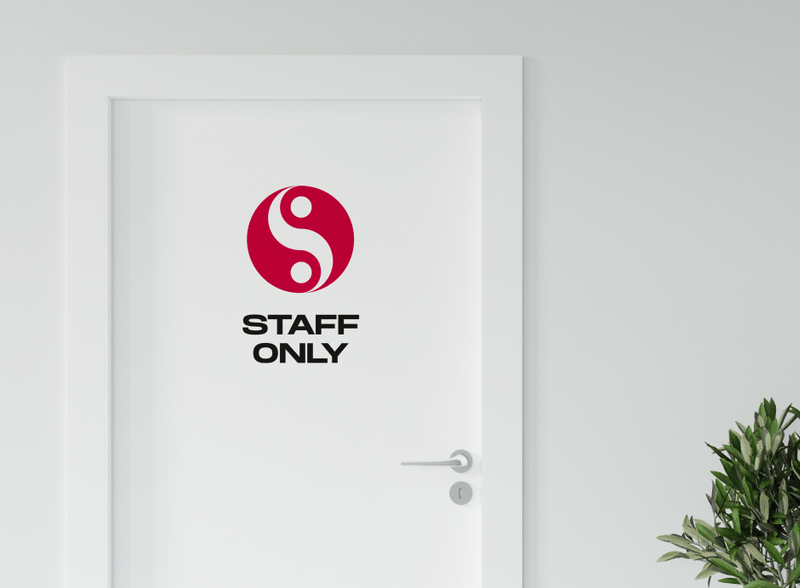 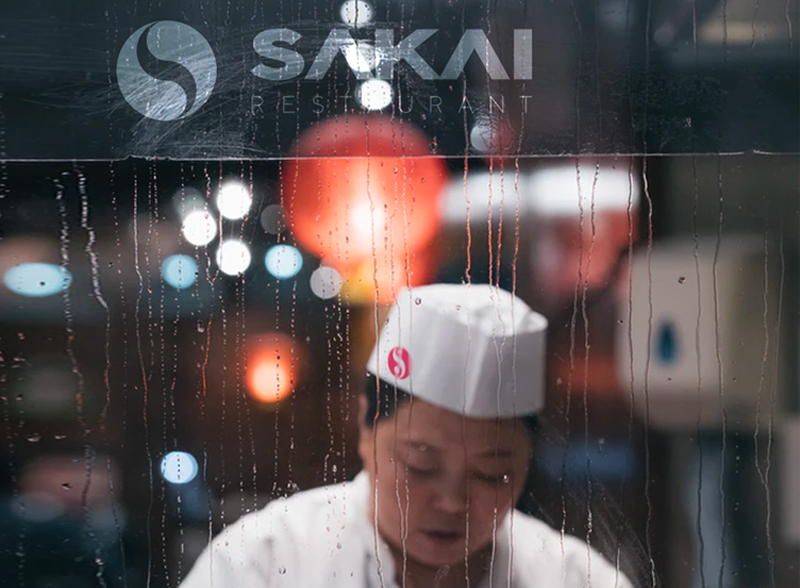 As the continuous search for perfection is one of the core values, we have continued to use the Golden Ratio to construct the smallest elements of a brand, the icons.

The unified identity system allows the customer to feel, and be a participant in a strong presence of the brand, and helps the restaurant stand among the competition, positioning itself as a culture-creator. 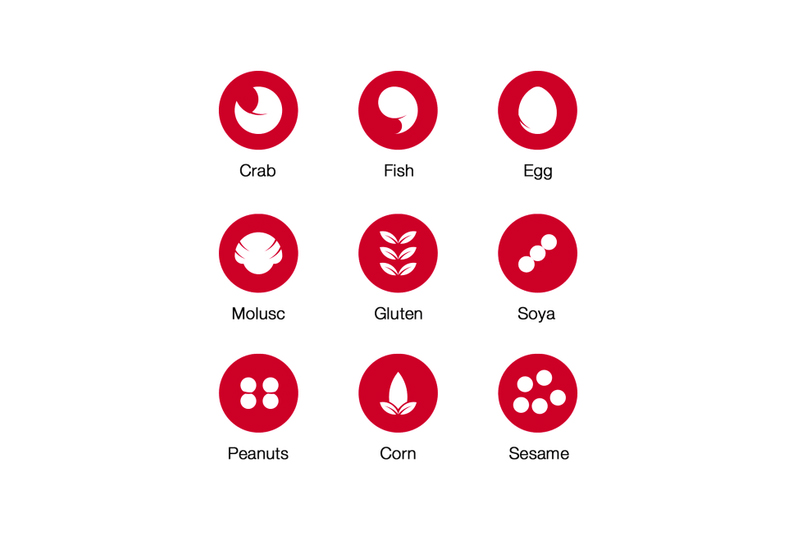 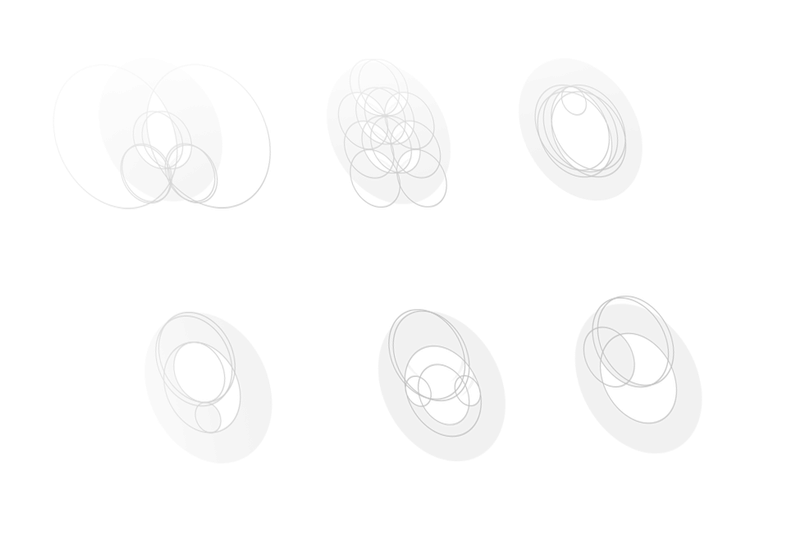 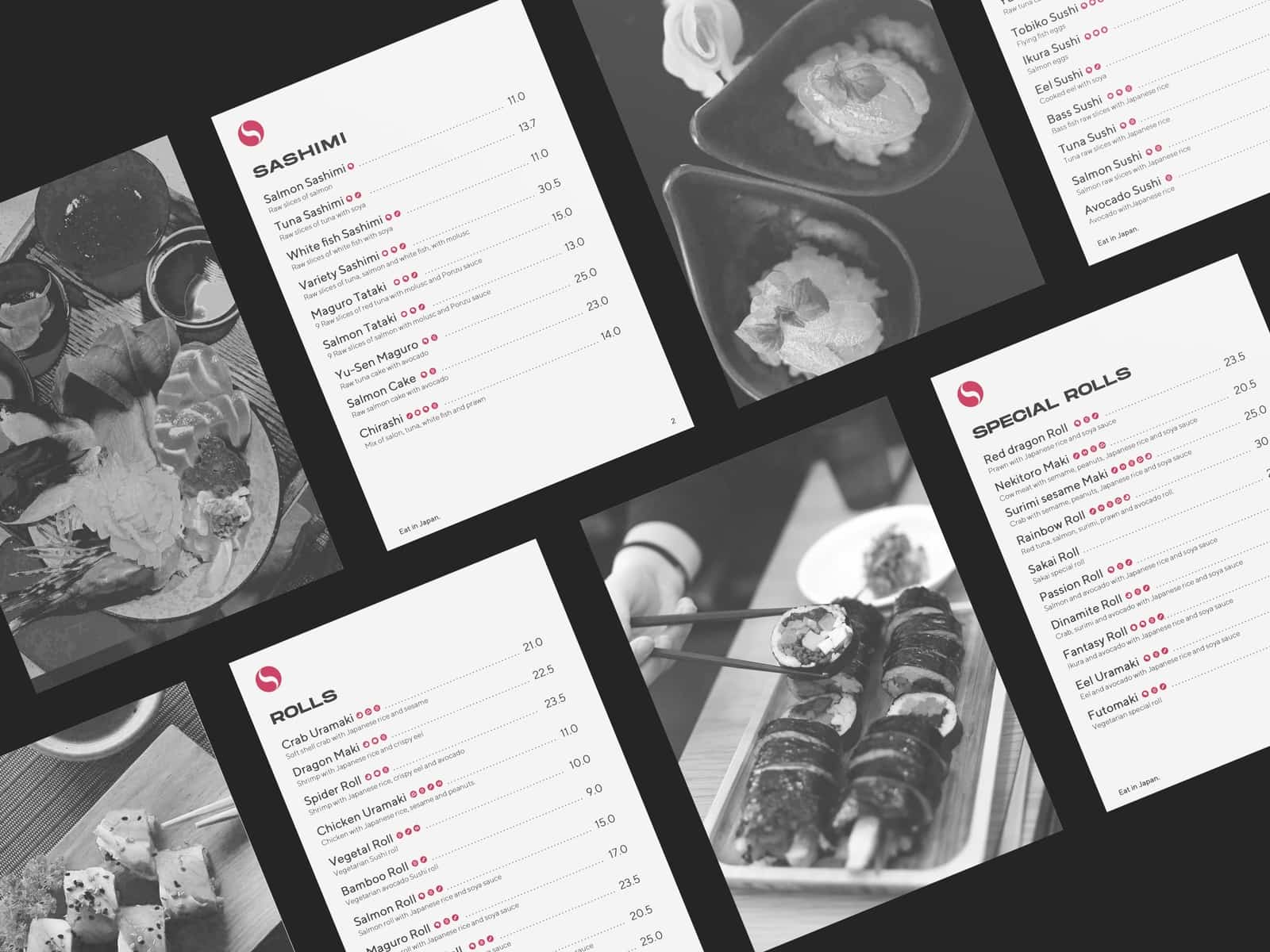 Three variations of brand patterns are created to enhance the oriental environment of the design ecosystem. These will be used alternatively through all the brand extensions and objects.

Artistic was the value we've prioritized, expressing the beauty and elegance of Japanese culture. We wanted to transform something as common as a take-away bag or a napkin into a souvenir by focusing on their aesthetic. 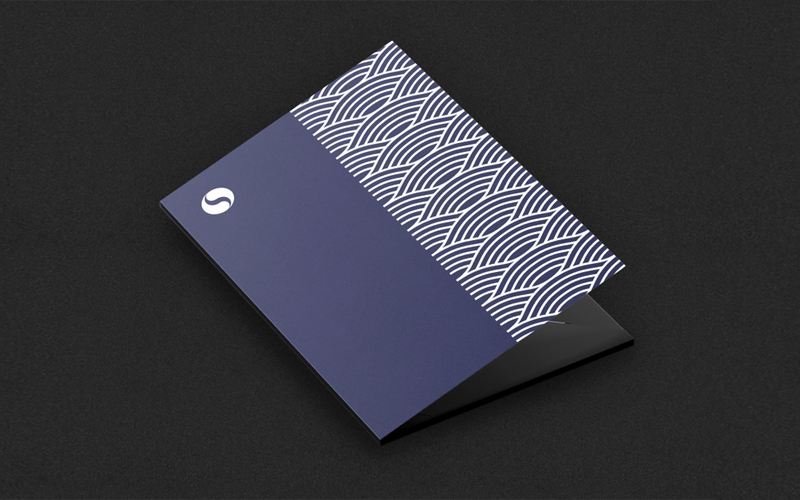 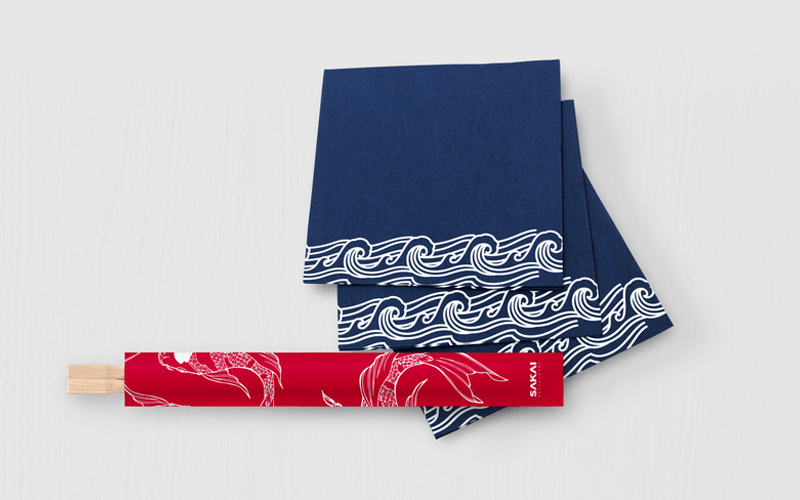 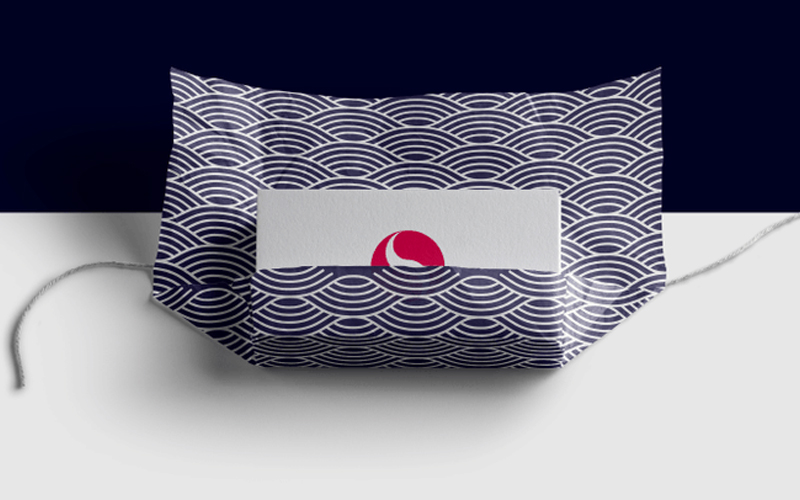 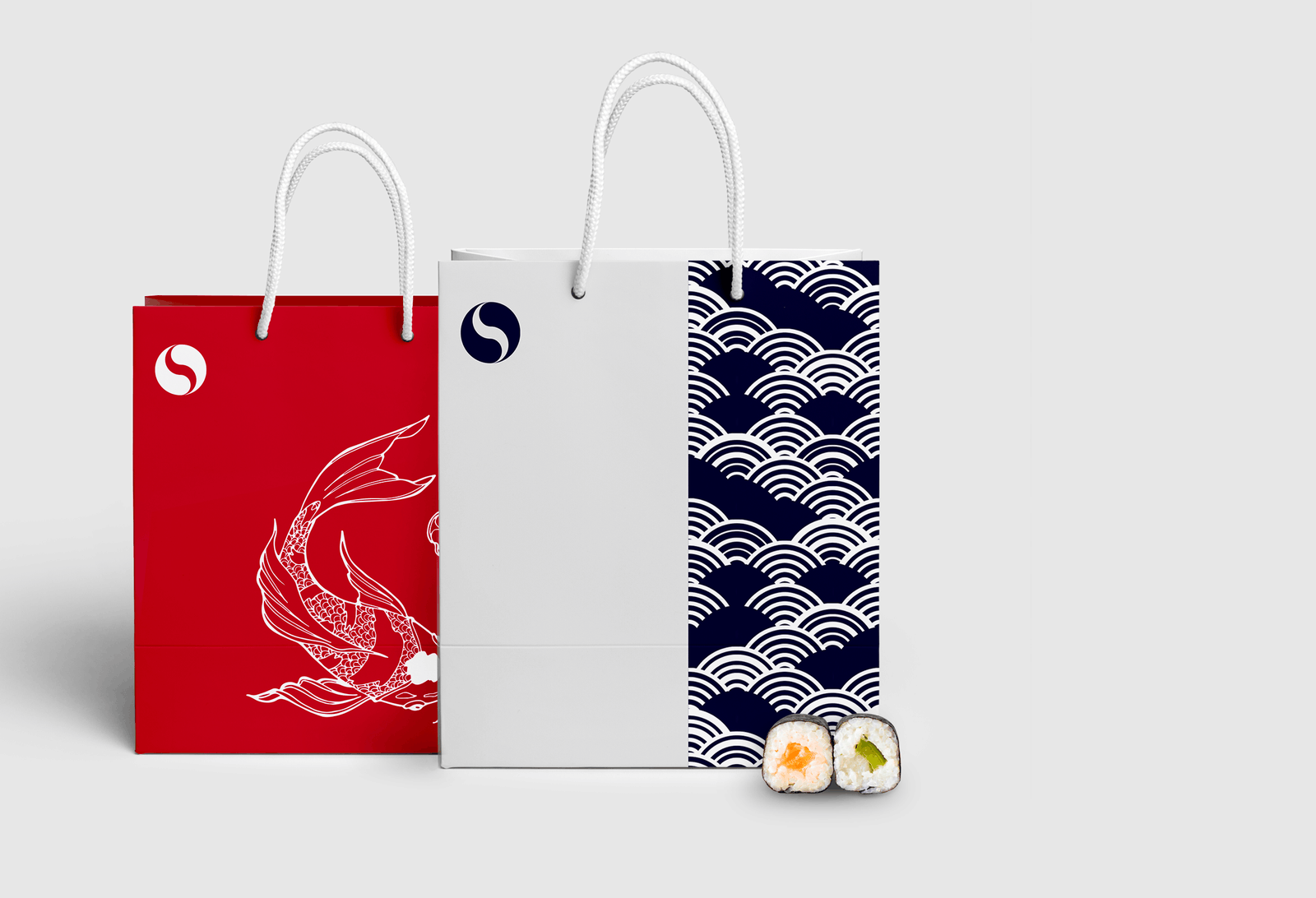 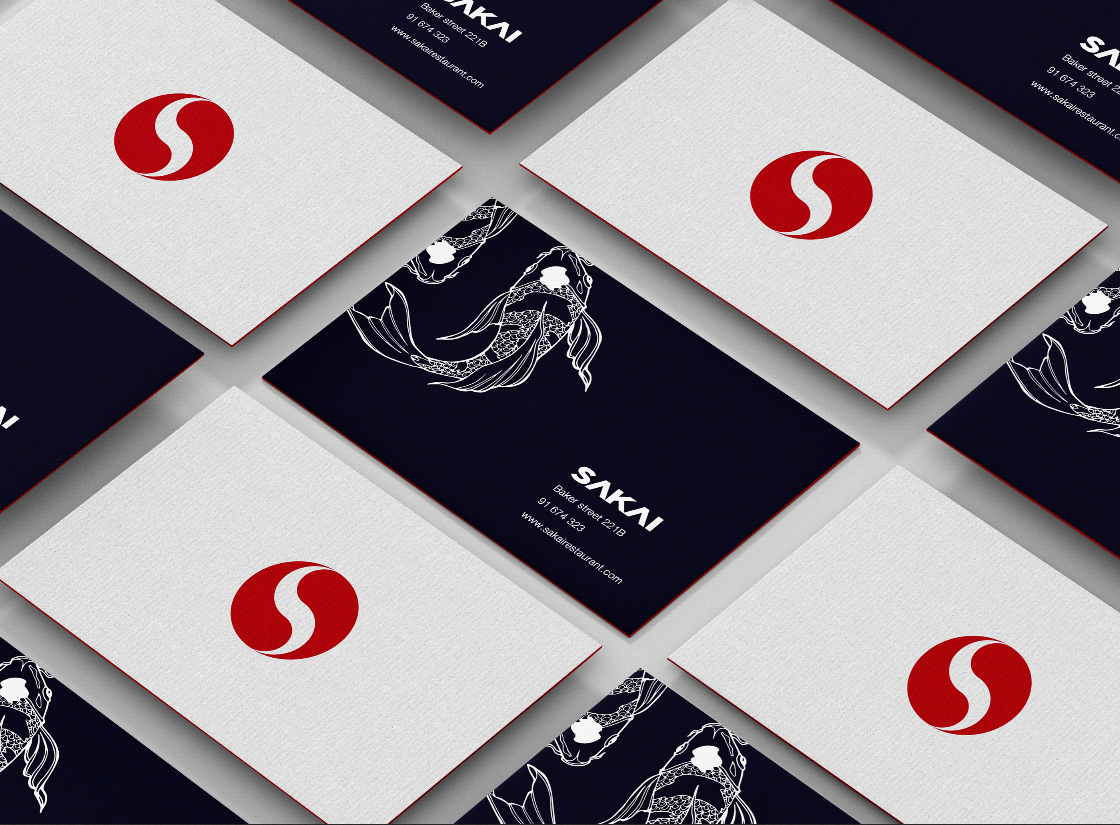 In the messaging, we have taken a small bet. Instead of referring us to a Japanese restaurant, we call ourselves Japan. Playing with the brand color scheme, and utilizing the bold symbol to make it resemble Japan's national flag, we try to attract the viewer's attention. 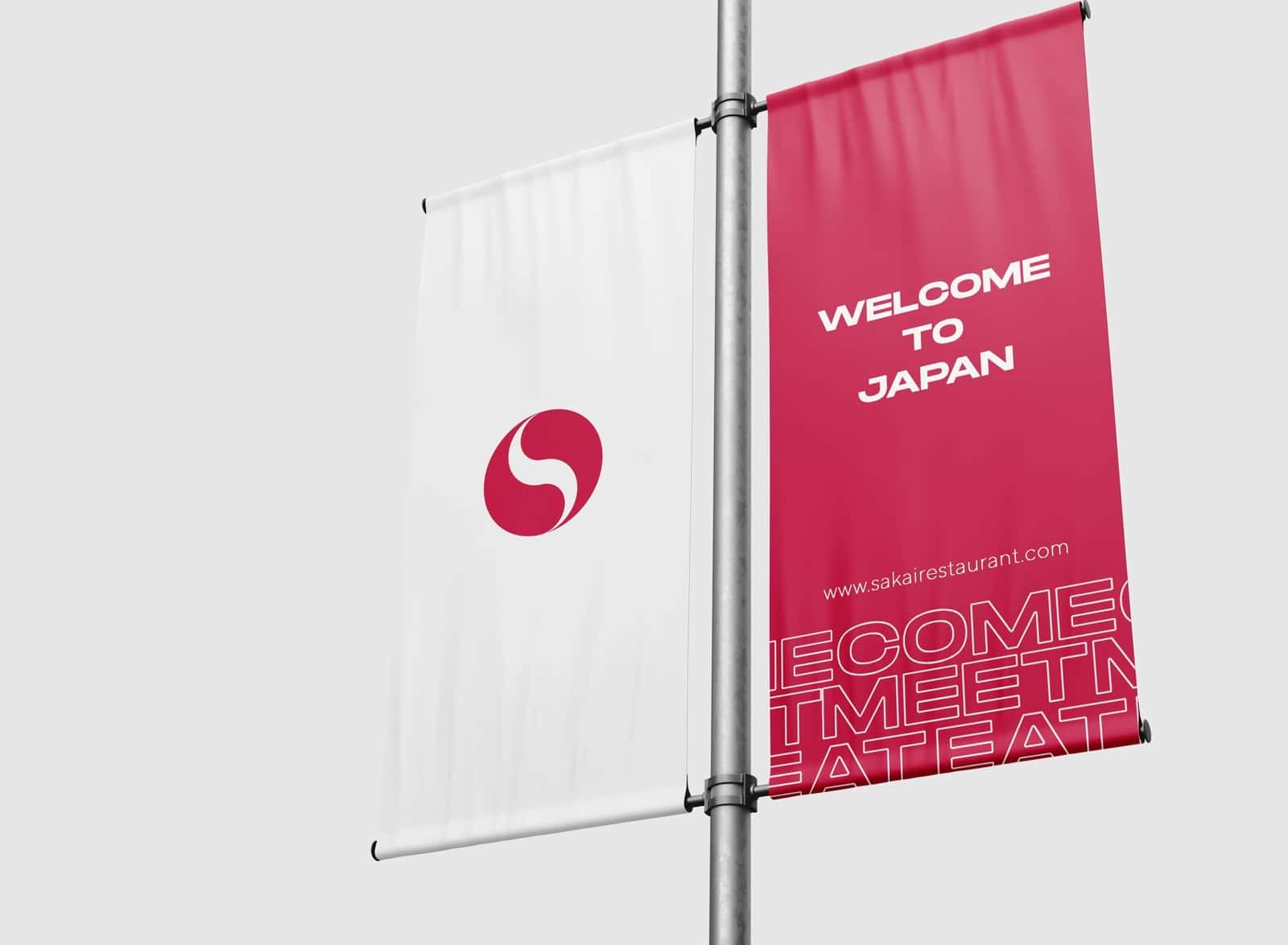 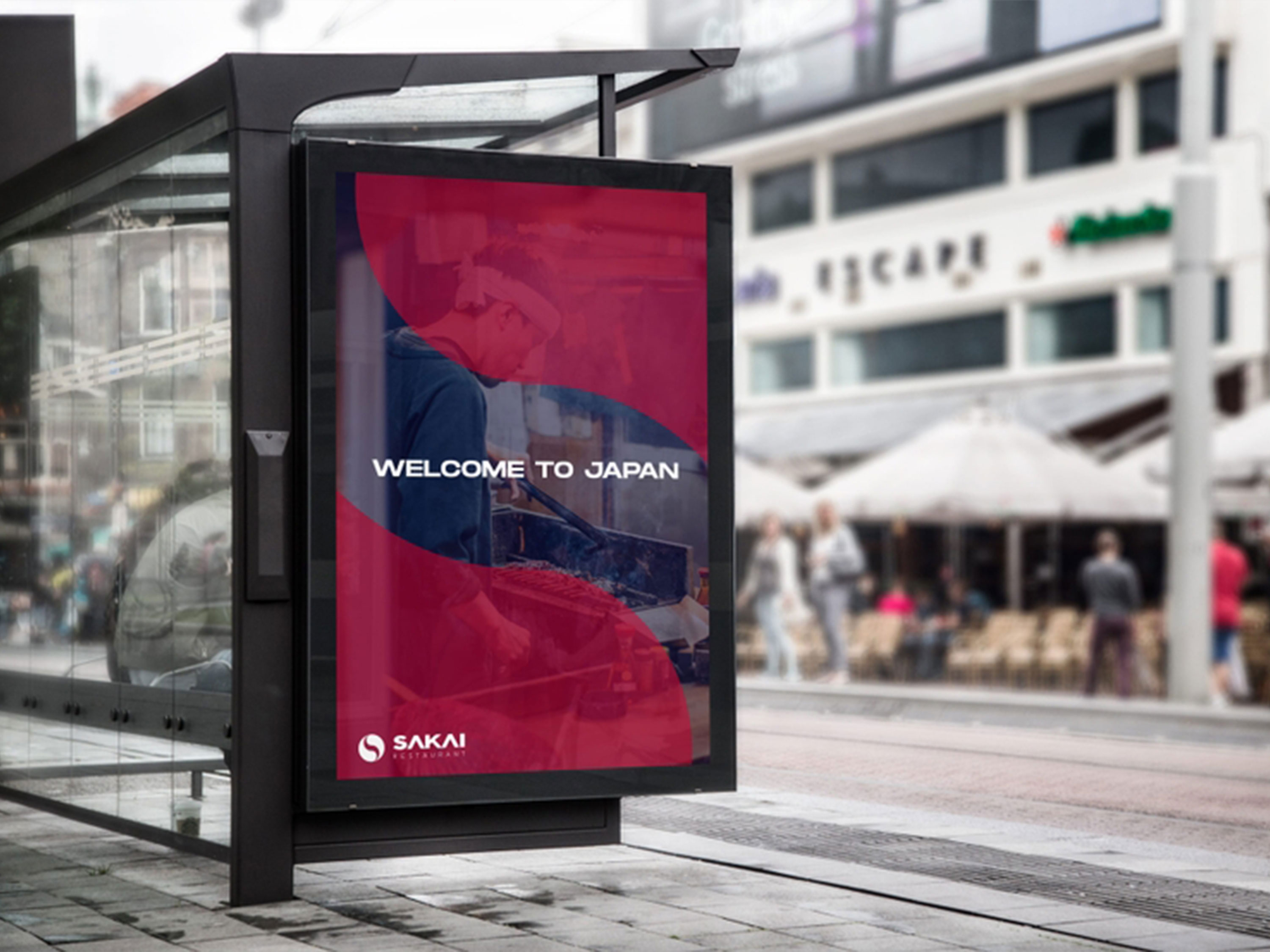 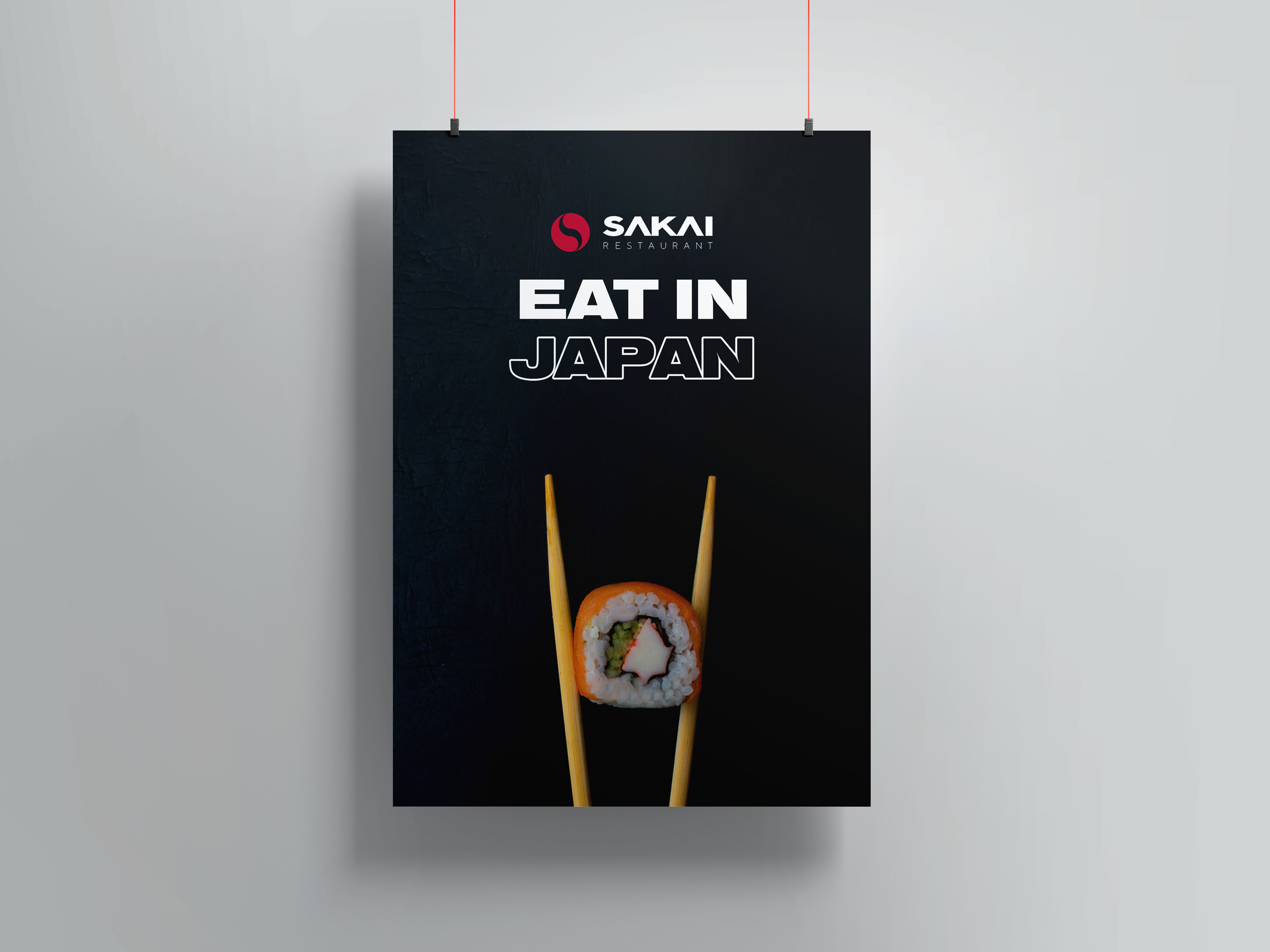